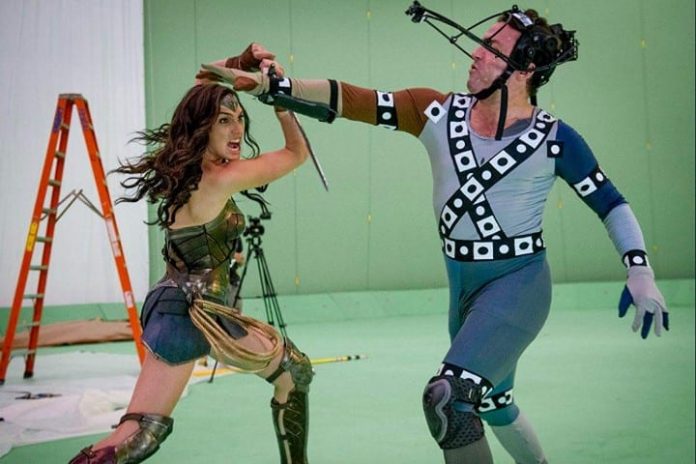 Most people know that not everything you see in a movie or TV show is actually real. Some productions, especially in the sci-fi genre, use a heavy amount of CGI. In order to create a particular spectacle, they use a technique called chroma keying.

Chroma keying layers images on top of another to create a new image. The way that this is set up is through the use of a green screen. This lets filmmakers create visuals such as space battles and alien worlds without actually having to build them. Here are 35 green screen photos that show how Hollywood really works.

Fans of J. R. R. Tolkien had been craving a live-action Hobbit series for decades and it wasn’t until 2012 that they got their wish. The Hobbit: An Unexpected Journey was the first in a trilogy from Peter Jackson, who had previously directed The Lord of the Rings films in the past.

In this photo, you can see Peter Jackson going over the script with the actors who play Bilbo Baggins (Martin Freeman) and Gandalf the Grey (Ian McKellen). Backgrounds are often put in later with the help of a green screen, especially in fantasy films. This helps prepare for projecting things like arrows and dragons or massive battlefields.

These Hilarious Photos Were Captured On The Subway