Garden City Chat – Kansas USA
Home Celebrities ‘The Mandalorian’ on Disney+: 5 Things You May Have Missed in Episode... 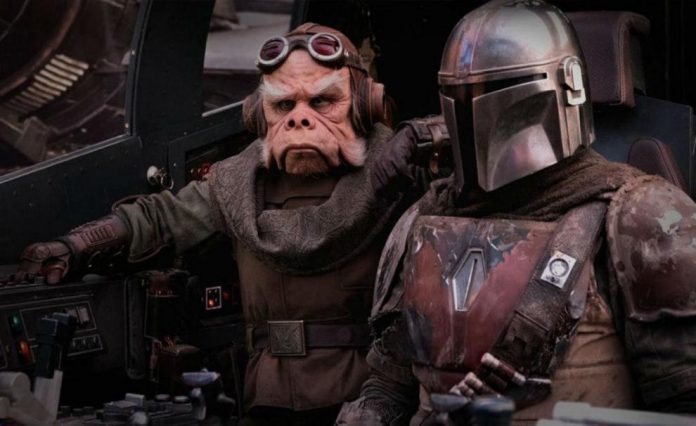 The big Disney+ premiere week comes to a close with another big treat for Star Wars fans: episode 2 of The Mandalorian. It’s only been three days since the show premiered and fans are already clamoring for more Mando action–especially after that big cliffhanger! SPOILERS AHEAD for The Mandalorian Episodes 1 and 2, by the way.

In Episode 2, the Mandalorian tries his damnedest to get off this rocky planet and back to his high-paying client, with (adorable) target in tow. But as is often the case in the Star Wars universe, nothing is easy. He runs into other hunters tracking his bounty and a roving band of scavengers that Star Wars fans know very well. The episode is a tight half hour of action, propelled by this strange (and kinda sweet) new dynamic between a bounty hunter and his prey.

As with the first episode, the second chapter of The Mandalorian contains a bunch of shout outs to past Star Wars lore as well as a few hints of what could be on the way. In case you were too focused on all the adventure or too distracted by the cutest character since BB-8, here’s a rundown of the five things you may have missed.

Immediately after securing his bounty, the Mandalorian runs afoul of a couple more bounty hunters. These snarling, ferocious warriors lash out at our Mando hero in their attempt to snatch away his gig and claim the money as their own. The Mandalorian takes them all out fairly easily (he’s the best bounty hunter in the parsec for a reason). If those lizard-like warriors look familiar, it’s because you’ve already seen a member of their species before in The Empire Strikes Back.

Bossk was one of the bounty hunters glimpsed ever so briefly during that legit iconic scene. He snarled at an Imperial officer, meaning he actually did more than most of the others (we can’t even see you, Dengar!).

Read Also:  42 Famous Couples That Show The Power Of Love – Even In Hollywood

Bossk and these bounty hunters are all Trandoshans, a race of hunters who often feuded with and warred against Wookiees.

Amusing photos that show the many faces of jealousy

These Workers Have Given Up On Their Jobs Entirely