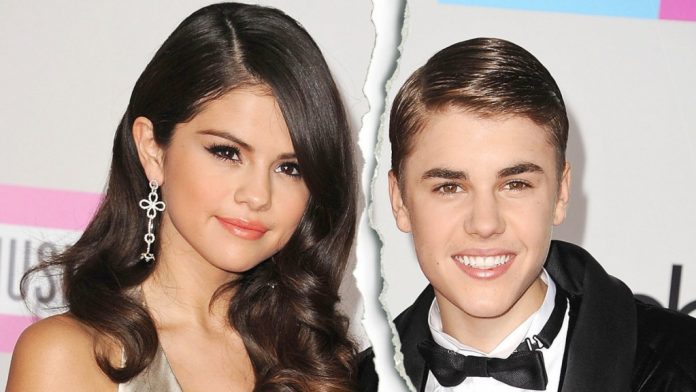 The world of celebrities has many wild relationships. But few of them are wilder than Selena Gomez and Justin Bieber.

No one was quite as passionate as these two. No relationship hit the bricks quite like theirs. And for 10 years, no one kept going on-again, off-again like these two.

But how did their relationship start? How did it end? And what are the clues hidden inside Gomez’s latest lyrics? We’ve got the full scoop and hottest goss on lock!

Selena Gomez has been keeping relatively quiet for the past few years. Her last album, Revival, dropped in 2015, and her fans have been clamoring for some hot new tunes.

She ended up delivering last week with a real double whammy. First, she released the ballad “Lose You to Love Me” on Wednesday. A day later, she dropped the banger “Look At Her Now.”

Now, tongues are wagging, as the lyrics appear to tell us how she truly feels about her ex, Justin Bieber, who famously married model Hailey Baldwin in September 2018. Both songs are about getting over a past relationship.

Of “Lose You to Love Me,” Gomez says, “This song was inspired by many things that have happened in my life since releasing my last album. I thought it was important to share the music, as I know many can relate to the fact that the road to self-discovery generally comes through the scars in one’s life. I want people to feel hope and to know you will come out the other side stronger and a better version of yourself.”

50 People That Are Having A Worse Day Than You

Read Carefully… the T-Shirt Fails Below Say It All…

These Workers Have Given Up On Their Jobs Entirely